Creepy and scary urban legends to keep you up at night.

Some urban legends have roots in events that actually happened and evolve as the story gets repeated over the years. Other scary urban legends seem to have a life of their own. Nobody really knows where they originated. This list of some of the most well-known scary urban legends will give you a shiver next time you are alone in the woods at night.

The Bunny Man scary urban legend comes from the Washington, D.C. area. The legend states that many years ago the local insane asylum was transferring inmates to a new location. In the process, a transport vehicle careened off the road and crashed. Most of the passengers died in the crash including the driver, however 10 inmates escaped and ran into the woods. Authorities were able to locate 9 of them and return them to custody. After some time had passed, locals began to find dead rabbits hanging from tree branches. They had been skinned and were half eaten.

Police searched the area again and found a man hanging from a tree. His dead body had been mutilated just like the rabbits. Since that time, a shadowy figure wearing a suit of rabbit skins has beeen sighted lurking at a nearby bridge overpass, called Bunny Man bridge (near Clifton, VA). Every Halloween rabbit carcasses can be found near the bridge. And sometimes the axe-wielding Bunny Man can bee seen creeping around near the bridge tunnel. 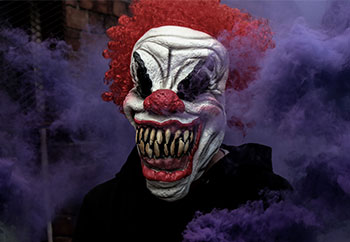 The story of the clown statue begins in an upscale suburban neighborhood. A well-to-do couple has hired a teen girl to babysit their kids while they’re out for the evening. The babysitter is instructed to put the kids to bed and watch tv in the den, but to not look in any of the many other rooms. While watching tv, she notices a creepy clown statue in the corner of the room. She tries to ignore it, but she becomes bothered by it’s presence.

She calls the parents to find out if she can watch tv in another room, since the clown statue is bothering her. The father screams back to her that she needs to take the kids and get out of the house immediately… they don’t own a clown statue! The father explains that the children have been complaining for months about a clown in their rooms but he thought they were just having bad dreams.

Fear of clowns is called coulrophobia. Many scary urban legends involve a demented clown as the evil-doer of the story.

This classic scary urban legend most likely derives from the 1950s. A young couple is parked at a local make-out spot in town. The wooded area provided privacy and kept lovers out of the watching eyes of local police patrols. After a short while a radio broadcast was interrupted with a news bulletin. A serial killer had escaped the local penitentiary and was last seen heading for the woods.

The news bulletin explained the escapee had an amputated hand that had been replaced by a metal hook. The young teens were frightened by the news and quickly motored away. When they got home, they discovered a severed hook dangling from the door handle, dripping blood. 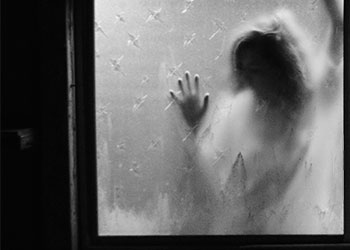 The Bloody Mary chant is a folklore legend many people will remember from childhood. The legend states that anyone who gathers before a mirror in a darkened room can conjure up the visage of Bloody Mary by reciting her name three times in succession. Mary is to appear as a ghost or spirit in the mirror. She may scream or curse at the gathered audience.

Others say she may strangle, steal the souls or even drink the blood of the onlookers. Typically kids will gather and challenge each other to participate in calling up the spirit of Bloody Mary, frightening each other along the way. The legend relies on the excitement of the moment and hallucinatory effect of the mirror in low-light conditions. The mind “sees” what it wants to see, and that is often the spirit of Bloody Mary.

Scary Urban Legends: The Licked Hand or The Doggy Lick

A young girl is home alone one evening with her dog. A TV report states that a killer or mental patient has escaped and is on the loose. Frightened by the report, the girl goes around the house locking doors and windows. She goes to bed feeling some sense of security and glad to have the companionship of her dog. The dog lays down below her bed as they go to sleep. She is awakened shortly after by the sound of dripping in the bathroom. She is so frightened by the unexplained sound, she doesn’t move.

To calm herself, she reaches down to pet the dog. The dog responds by licking her hand. This happens a few more times through the night. The girl is unable to sleep and each time reaches down to her friendly pooch, who licks her hand. Finally she’s able to fall asleep. When morning comes the girl awakens to find her dog is no longer by her bed. She goes into the bathroom and discovers her dog hanging dead in the shower, mutilated and dripping blood. On the wall of the bathroom is written in blood “humans can lick too.”

Many scary urban legends involve a common theme like that of the teenage babysitter. The reasons are simple; babysitters work mostly at night, they are left alone—especially after the kids are put to bed, they are often young and vulnerable females, and they are usually in an unfamiliar house or location where surroundings are strange and fears are hightened. These conditions make the perfect setting for a scary urban legends or even a slasher horror movies.

Scary Urban Legends: The Babysitter and the Man Upstairs

This story begins with the babysitter putting the kids to bed for the night. As she settles in to watch tv, the phone rings. A creepy voice tells her to “check the children.” She hangs up quickly and tries to forget about the disturbing call. She continues to watch tv, but the phone keeps ringing with the same man admonishing her to check on the children.

Finally, she has had enough and decides to call the police and have them trace the call. The police call back after the stranger calls again and they tell her to get out of the house immediately, the call is coming from inside the house. The caller had killed the children and was trying to lure the babysitter upstairs and kill her too.

Scary Urban Legends: The Spider Bite or The Red Spot

This story involves a young woman on vacation. She’s usually from the U.S. or western Europe. She is traveling in an exotic locale, like South America or some tropical islands. While out sunbathing on the beach, she feels an irritation on her cheek. She returns to her hotel to find that a red spot has appeared on her face, likely from a spider bite. The spot enlarges over the next several days and the woman becomes concerned.

She returns home early from her trip and the boil on her face is even larger. She makes an appointment to see a doctor to remove the boil. As the doctor begins to cut in to the boil, hundreds of tiny spiders emerge. The woman screams and is driven to insanity from the shock of the incident. 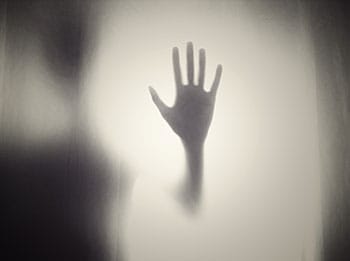 Two college-aged girls share an apartment on the college campus. One girl is outgoing and involved in the theater and the other is more of a homebody. The outgoing girl is currently practicing for the play titled “Oh, Susannah.” After rehearsal one night, she returns to the apartment to find all the lights off. All she can hear is a squeaking rocking chair. A voice is singing the play’s theme song “Oh, Susannah, don’t you cry for me..” over and over. She asks her roommate to stop, it’s annoying her.

When the singing doesn’t stop, she flips on the lights and sees a horrific site. Her roommate’s body is draped across the rocking chair lifeless. She has been slashed and cut apart. Standing behind the corpse rocking the chair is a mad man with a butcher knife. He continues to sing the song as he lunges forward and murders the other girl. Turns out the murderer was a butcher who escaped from an insane asylum.

Definition of an Urban Legend

What is an urban legend? A funny, scary or horrific story that circulates quickly, but is not factually correct.

This modern legend begins with a woman joining friends for dinner. When she returns that evening, she finds her pet doberman choking in the hallway. She rushes to him but finds she can’t help. The woman rushes the dog to a veterinarian to see if he can help the dog. The doctor examines the dog and tells her he’ll need to perform a tracheotomy. Somewhat relieved, the woman goes home. As she steps in the door the phone is ringing. Its the vet calling to say get out of the house at once. He had removed three human fingers from the dogs throat. The woman calls the police to do a search of her home. They discover a burglar hidden in her closet. He had passed out from loss of blood from his severed fingers. 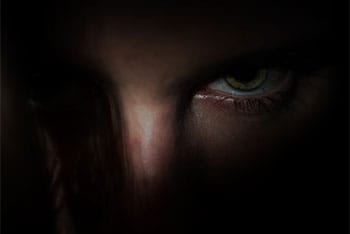 This classic tale involves a woman driving along a remote country road. As she drives along in the darkness, she is followed by a strange car or truck. The driver behind her is driving erratically, flashing his headlights and tailgating closely. Sometimes he even bumps his front end in to her vehicle. The woman is increasingly frightened and disturbed by the strange driver. What could he want? She motors ahead and pulls in to a gas station quickly in an effort to lose him. Relieved that he’s gone, she runs into the service station. The gas station clerk asks if she knows there is a man hiding in her back seat. It turns out a murderer had stowed away in the back seat of her car and man driving behind was trying to warn her by flashing his lights.

These are just a few of the most famous and well-known scary urban legends and folklore. The stories will often vary depending on the region of the country and how long they have evolved in popular culture. However, the core element of fear will always be a foundation to all of these scary urban legends.

If you enjoyed this list, you may also want to check out some of the most popular sideshow freaks and performers list.

Be sure to check out these other fun lists:

Terrifying Commutes from around the World

100 Popular Toasts for Every Occasion

12 Things You Should Know about the Apple iPhone X