This list of 37 common idiom origins will shed light on some very familiar sayings. These expressions have been used for centuries, but you may not have known why they came to be or the history behind each saying.

Barking up the wrong tree
People use this expression to refer to someone who is misguided in thought or action regarding an event or situation. Its origin is from hunting and has been used as early as the 19th century. A hunting dog sometimes barks at the base of a tree even though the prey is not there.

Bite off more than you can chew
This means you have taken on more than you can handle. Back in the 1800s, plug chewing tobacco was popular. It was tobacco leaves pressed into a cube or brick shape. Bites taken from the plug that was too large couldn’t easily be chewed. 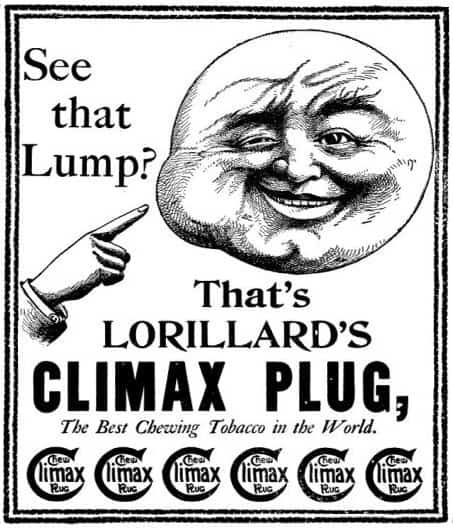 Bite the bullet
This expression means acceptance of something unpleasant, challenging, or unsavory. Back before anesthesia—and also in warfare when medical supplies were thin—doctors would have the patient bite down on a bullet (or other hard objects). This was to divert the patient’s attention and distract from the pain.

Blow your own horn
To blow your own horn means to be boastful or a braggart. This expression dates back to the 1870s and refers to the loud, attention-seeking trumpeter.

Break the ice
When you break the ice, you become friendly or avert conflict with someone. The historical meaning comes from the shipping trade. During cold weather, ships could become stuck when ice would form. Often the receiving party would send out ice-breaker boats to clear the way, allowing the cargo to be safely brought to port.

Burn the midnight oil
This is the expression for working late into the night. Before electricity, people burned oil lamps and candles to see at night. The expression dates back to the 17th century.

Bury the hatchet
This early American expression means to end a conflict or make peace. Dating back to colonial times, treaty negotiations with Native Americans sometimes included an agreement to bury weapons so they would not be used.

Butter someone up
When you butter someone up, you flatter and complement them—usually to gain favor. The roots of this expression are from ancient India. The spiritually devout would toss lumps of butter at religious statues, seeking favors and forgiveness.

Call it a day
It’s quitting time! The day’s work is done. The expression came into use when workers would quit work early before the workday was officially over.

Cat got your tongue?
This saying describes a person at a loss for words. The origin is disputed, but one possible source is from ancient Egypt. When the crime of speaking out (lying or blasphemy) against the ruling party occurred, the guilty party’s tongue was cut out and fed to cats.

Caught red-handed
This means to be caught in the act of a crime or with clear evidence of guilt. The phrase originally referred to the victim’s blood on the hands of the murderer or animal poacher.

A left-handed compliment
This is just one example of how society labels left-handers with derogatory connotations. It means a complement that contains a hidden criticism.

Driving me up a wall
This is said when someone is very irritated and annoyed. The saying may be related to climbing up a wall to get away from something. The true origin is unknown.

Driving me nuts
Like “driving me up a wall,” this saying also refers to being annoyed and frustrated. Back in the 1800s, the word “nut” was commonly used in reference to a person’s head. The term evolved to mean someone who wasn’t thinking or acting according to the norms of the day. They were called “nuts” or even “off their nut.” 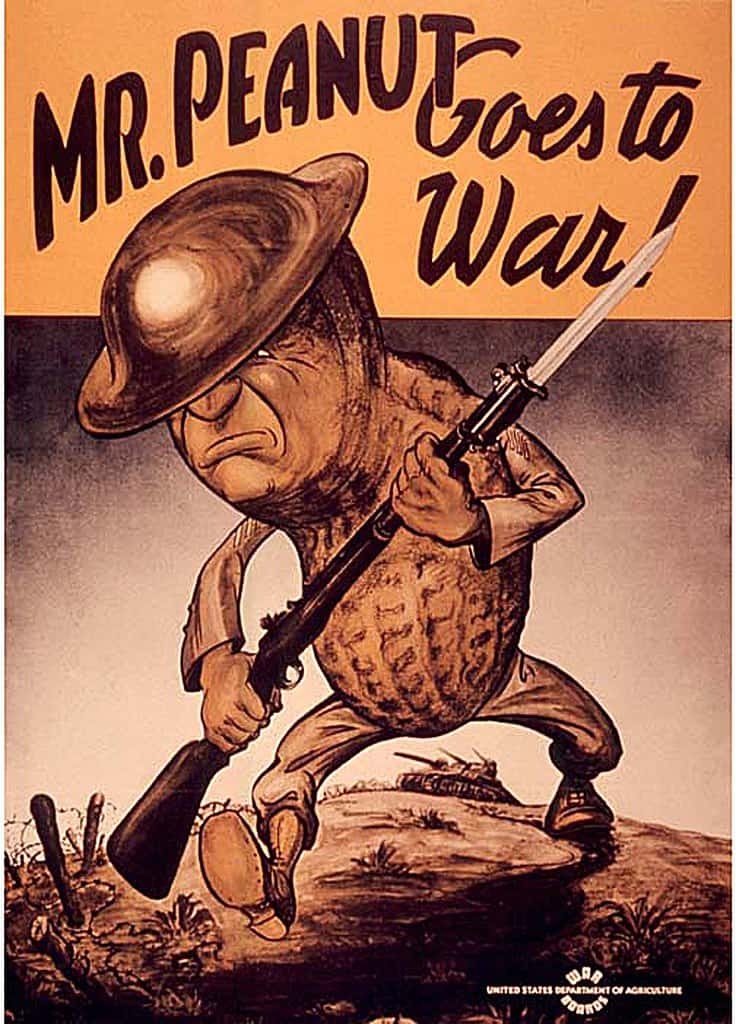 Extending the olive branch
This means to propose or make an offering of peace. The Biblical origin of this phrase is from the olive branch as a symbol of peace in the book of Genesis. Noah receives an olive branch from a dove as a message from God, indicating the floods had abated.

Fat chance
This funny expression refers to something that is highly unlikely. The origins are unclear, but could simply be a sarcastic version of the more accurate term “slim chance.”

Give the cold shoulder
A “cold shoulder” is when someone is socially dismissed, shunned or ignored. Several competing origin stories exist, but the most likely is from the literal act of turning away from someone without acknowledging their presence.

Where did these familiar sayings come from?

Go the whole nine yards
This expression is about giving full effort to completion. The origin is uncertain, but most likely relates back to the 18th century. Back then, the standard unit of measurement for textiles was nine yards. Purchasers of a full sheet would ask for the “full nine yards.”

Head in the clouds
The term is used to describe someone who is not paying attention, a dreamer, or one who is ungrounded in thought. The expression’s origins are unclear. Most likely it gained popularity as an opposite sentiment to “down to earth.”

In stitches
You are “in stitches” when you laugh fully and uncontrollably. We have Shakespeare to thank for the expression. He strangely linked uncontrolled laughter to physical pain, like that of a needle prick.

Jonesing for something
The expression can be used both as a noun (“love jones”) and a verb (“jonesing for a doughnut”). In the 1960s drug culture, addicts used “Mr. Jones” as code for heroin. The term evolved and spread to popular culture to mean any intense craving or longing.

Know the ropes
The meaning behind this idiom is of experience and thorough knowledge of a subject. It comes from the world of sailing, where control of the sails’ ropes is essential to the operation of the sailboat.

Larger than life
The phrase refers to a colorful or flamboyant personality. It was first used by The New Yorker during WWII to describe Winston Churchill.

Let your hair down
The saying means to relax and drop away any pretensions. In medieval times women wore their hair up in fancy arrangements. Behind closed doors and out of the public eye they could “let their hair down.”

Once in a blue moon
This phrase characterizes something that happens very rarely. It refers to a full moon appearing twice in one month. This happens every two or three years. Some confuse it to mean the moon with tints of blue, but this is not the case.

On the fritz
When something is “on the fritz,” it is not working correctly or broken. The phrase possibly originated from growing anti-German sentiment around the early 1900s (Fritz was a common name for German men). Others have suggested a link to the comic strip The Katzenjammer Kids from the same era. It featured Hans and Fritz and their bumbling capers.

Do you know the idiom “A Rolling Stone”? It’s based on an old proverb that a rolling stone gathers no moss. Or, in lay man’s terms, if you keep moving, you avoid responsibilities. Check out the song, “Papa Was a Rolling Stone” and other great Motown Tunes.

Play it by ear
People say this when they decide to make a last-minute decision rather than sticking to a prescribed plan. The origin of this phrase is musical. A musician performing without notation is said to be playing by ear.

Pot calling the kettle black
This expression describes someone being critical of something they themselves embody or a trait they share. The medieval kitchen was full of cast iron pots and kettles, all of the same black color. The expression was first used in Cervantes’ Don Quixote.

Red herring
A red herring is something designed to distract or intentionally mislead. The phrase comes from the smoked herring, which has a red hue. Smoked herring was used to teach hunting hounds how to track prey. The trainer would drag the herring with its pungent aroma through the path of the prey to teach the dog to focus on its target.

Rub the wrong way
This means to irritate, bother or annoy. Several origin stories exist, but most likely this expression comes from pet fur. Petting a cat or dog the wrong way (from back to front) can sometimes irritate or upset them.

Throw the baby out with the bathwater
The expression refers to an impetuous act of getting rid of everything but at the same time something valuable. Hundreds of years ago, folks bathed very infrequently—sometimes once a year. Often they used the same water over and over. Adult males always went first, followed by females and then children. The infants would be last. Supposedly the water was so dirty and darkened by this time, the baby could not be seen beneath the water.

To the bitter end
The saying is about doing something until it is finished, no matter how unpleasant. The reference here is nautical. The bitter end (or bitt end) is the last section of rope that is tied to the ship’s deck. Tie-down posts on ships were called bitts.

To the hilt
When something is said to be to the hilt, it means that it is fully engaged or maximized. The idiom comes from the old ages of sword combat. The hilt of a sword includes the handle and guard which protects the hand from injury in battle. A sword plunged to the hilt would often be a lethal blow.

To save my life
People sometimes say they can’t do something “to save my life.” It means that they tried but were unsuccessful, in a self-deprecating way. This expression is attributed to Anthony Trollope in 1848 who wrote: “I shan’t remain long if it was to save my life and theirs; I can’t get up small talk for the rector and his curate.”

Turn a blind eye
This means to ignore a situation or fact. Famous British Naval here Admiral Horatio Nelson had one blind eye. During the Battle of Copenhagen in 1801, he allegedly looked through a telescope with a bad eye in order to intentionally miss a cease-fire signal. He was quoted as saying “You know, Foley, I have only one eye—and I have a right to be blind sometimes… I really do not see the signal.”

These common idiom origins may not be well known. But as you can see, they have interesting historical backgrounds. Check out more fun lists on Listcaboodle!

Thank you for reading about common idiom origins.

Teaspoons to Tablespoons and 11 Other Things You Should Know