ListCaboodle presents a look at the best Dorothy Parker quotes and sayings from her lifetime.

Dorothy Parker is best known for her witty takes and sometimes stinging critiques of 20th-century culture and society. Her legacy includes founding the Algonquin Round Table with a group of writers, actors, and humorists. With smart quips and observations, she laid bare the hypocrisies and inconsistencies of the socially and politically elite of her day.

Here is a list of some of her best quotes and lines: 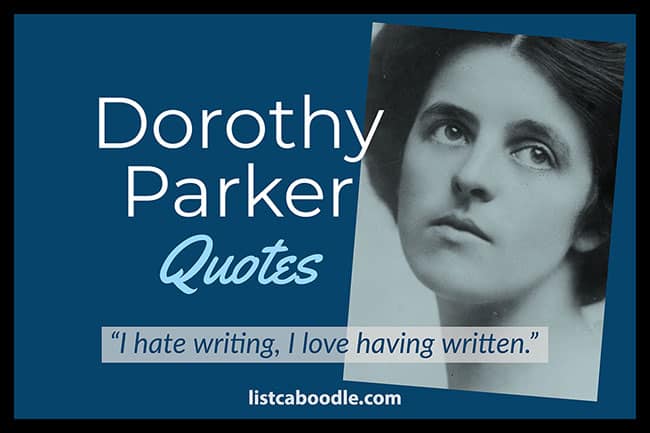 1.) “You can lead a horticulture, but you can’t make her think.” – Best Dorothy Parker Quotes 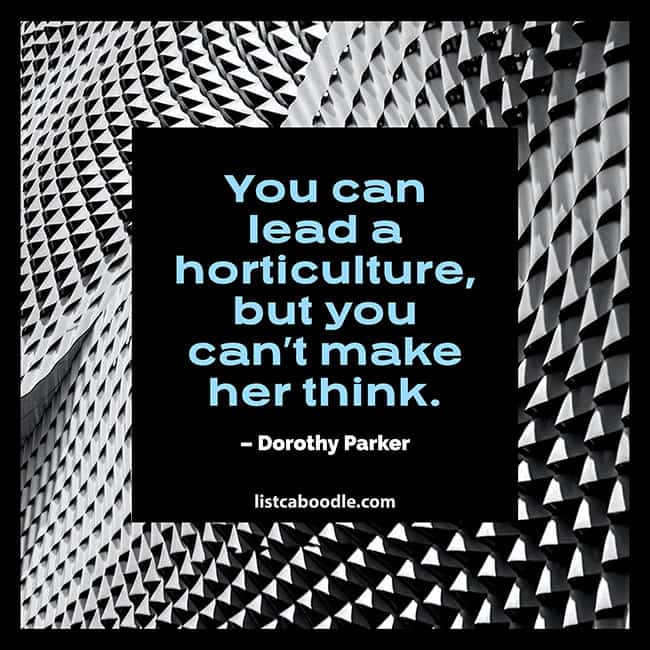 2.) “If you want to know what God thinks of money, just look at the people he gave it to.” 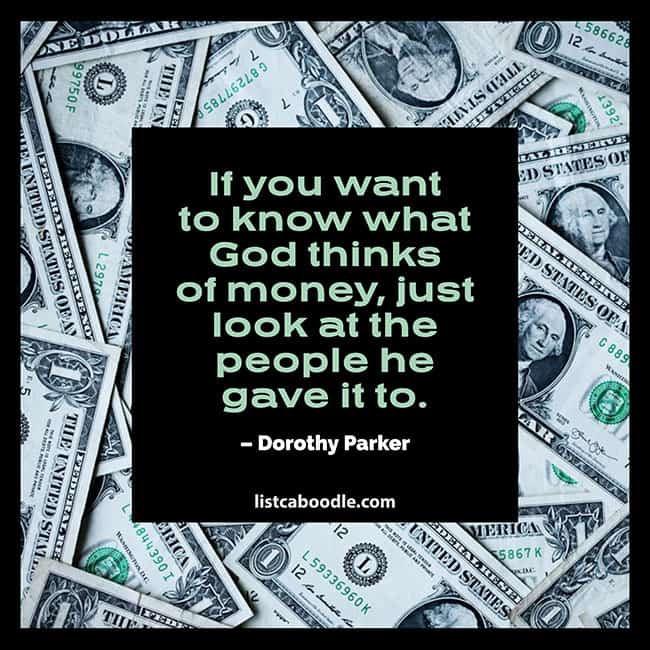 Parker is known as a wisecracking satirist, critic, poet, and writer. 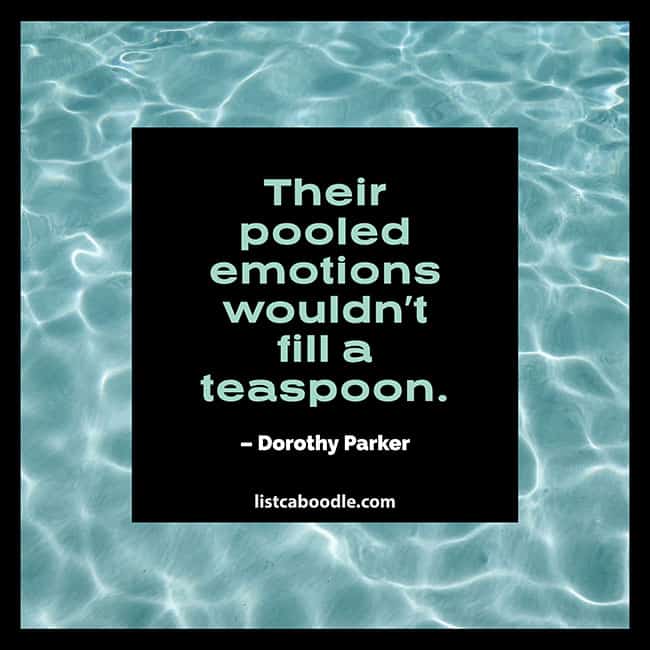 Her writing style is best described as bittersweet and sardonic.

4.) “I’d rather have a bottle in front of me than a frontal lobotomy.” – Best Dorothy Parker Quotes 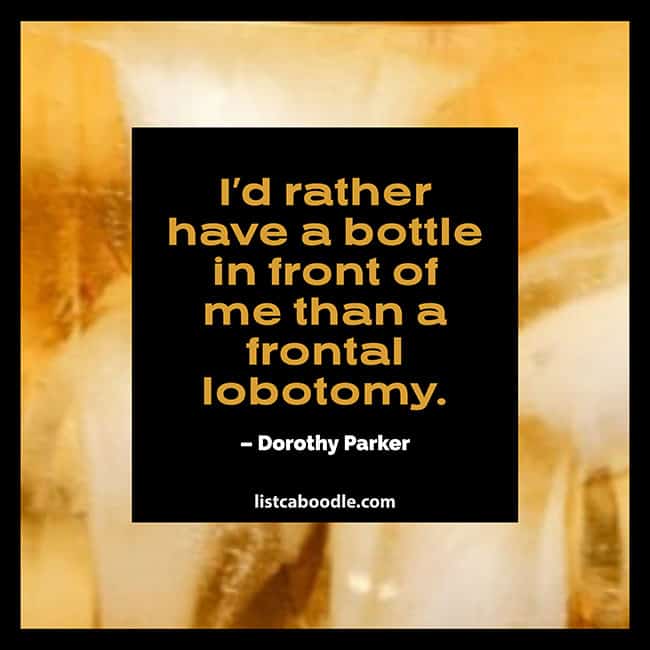 Despite her enduring reputation for being sharp-tongued, she never liked being known as a ‘wisecracker’.

5.) “The first thing I do in the morning is brush my teeth and sharpen my tongue.” 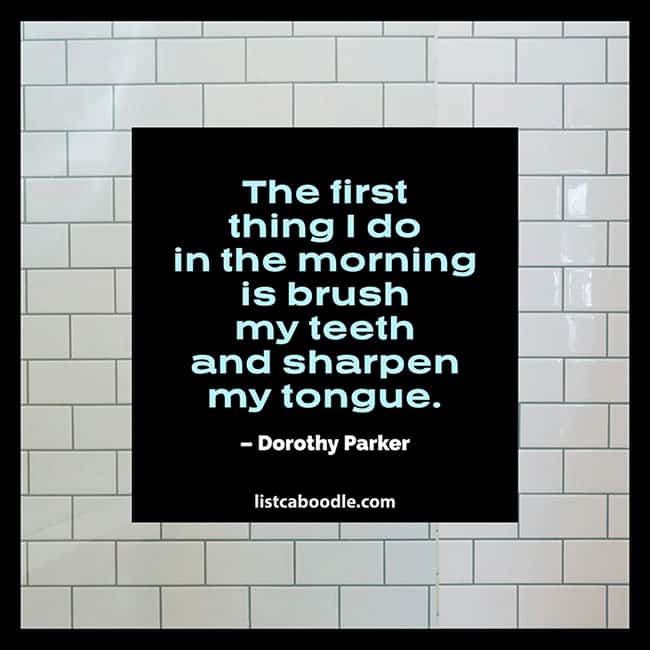 Parker is a founding member of the Algonquin Round Table, a group of New York actors, writers, and critics that gathered regularly for lunch each day at the Algonquin Hotel. Their satirizations and witticisms were published in various newspaper columns across the country. 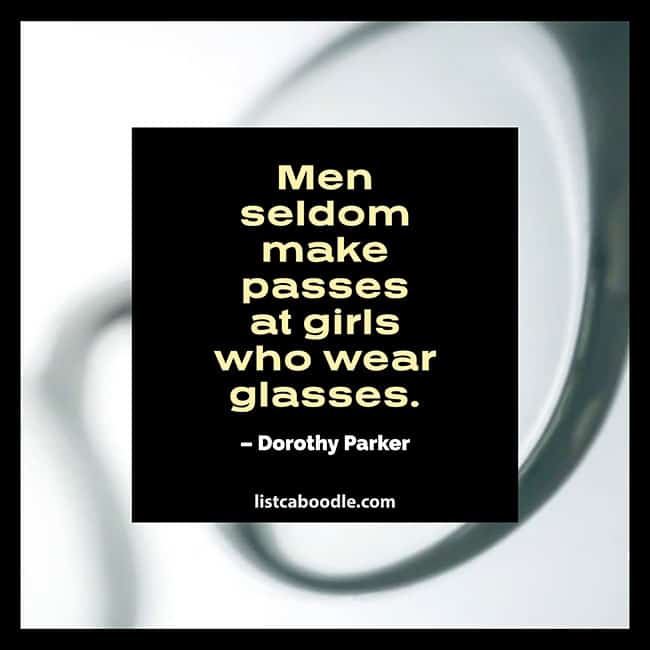 Parker moved to Hollywood to become a screenwriter in 1932. She earned two Acadamy Award nominations for her work, including a nomination for Best Writing–Screenplay for the 1937 film, A Star Is Born.

7.) “Beauty is only skin deep, but ugly goes clean to the bone.” – Best Dorothy Parker Quotes 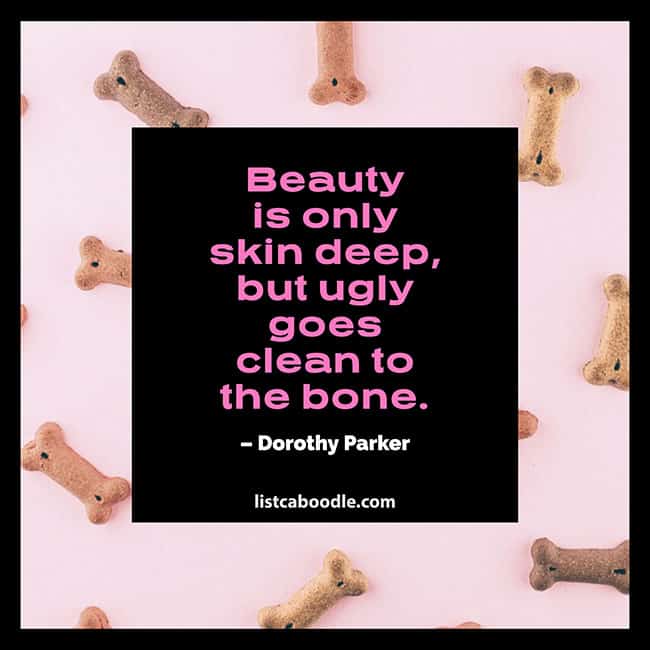 Parker’s screenwriting came to a halt when she was placed on the Hollywood blacklist for her Communist activities. The FBI put together a 1,000-page dossier that detailed her alleged involvement in Communism. 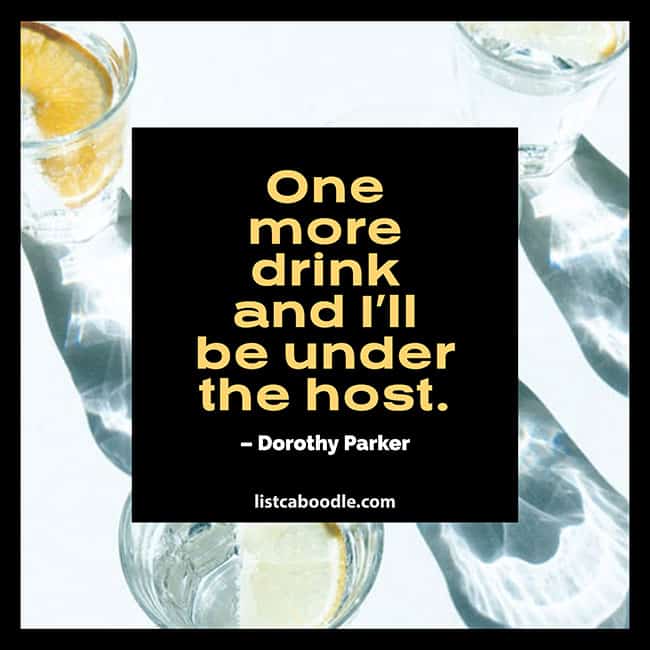 Some of her poems have been set to music, including Hate Songs by Marcus Paus.

9.) “Brevity is the soul of lingerie.” – Best Dorothy Parker Quotes 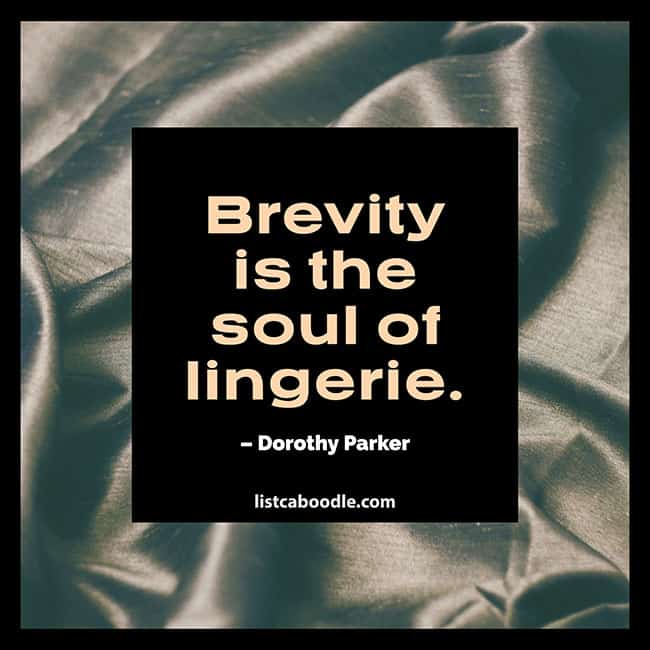 She was also known among friends as Dot or Dottie.

10.) “The best way to keep children at home is to make the home atmosphere pleasant, and let the air out of the tires.” 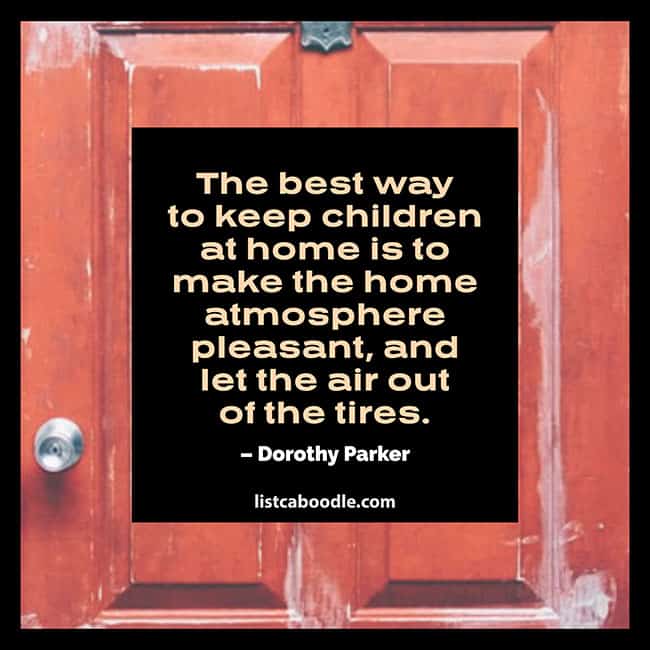 In 1914 Parker sold her first poem to Vanity Fair magazine. Later that year, she became an editorial assistant for Vogue magazine. Two years later she was hired at Vanity Fair as a staff writer.

11.) “That would be a good thing for them to cut on my tombstone: Wherever she went, including here, it was against her better judgment.” 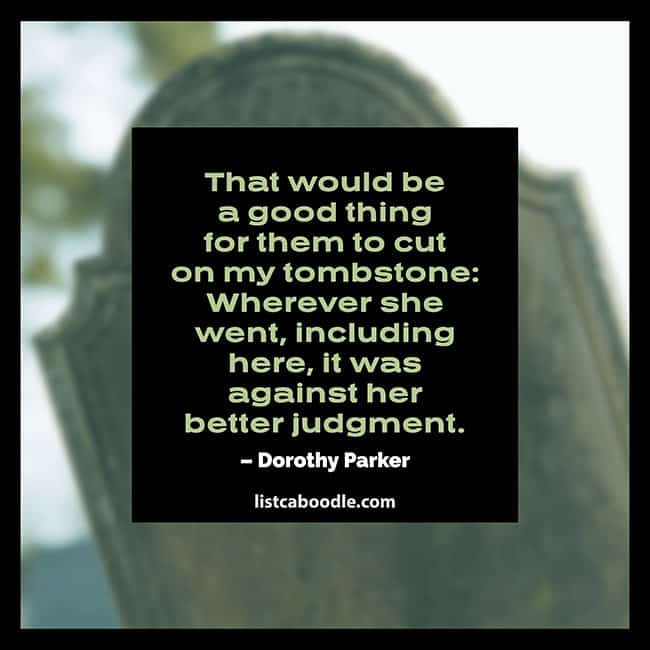 During the 1920s, Parker published nearly 300 poems and free verses in national publications, including Vanity Fair, The New Yorker, Vogue, Life, The New Republic, and McCall’s.

12.) “There’s a hell of a distance between wisecracking and wit. Wit has truth in it; wisecracking is simply calisthenics with words.” 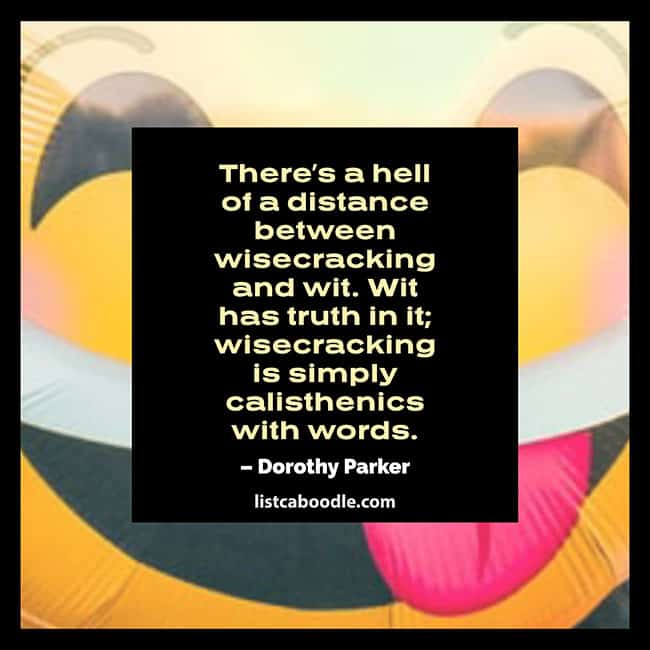 13.) “This is not a novel to be tossed aside lightly. It should be thrown with great force.” – Best Dorothy Parker Quotes 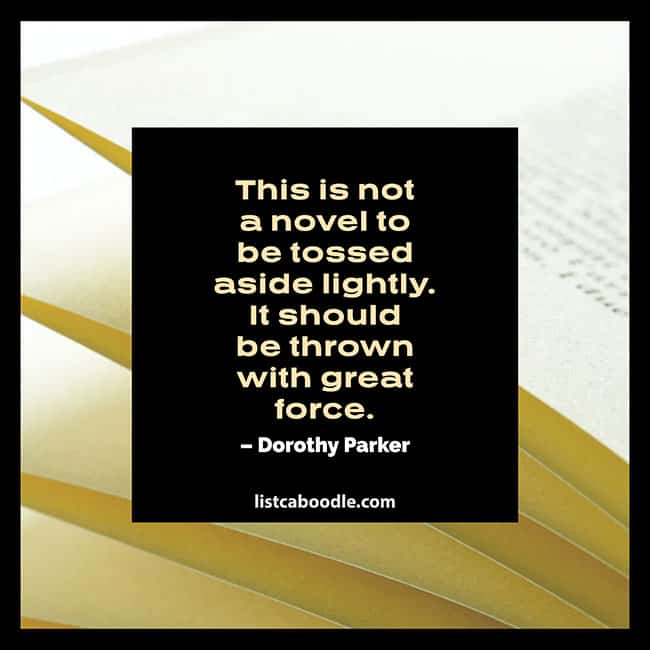 Parker used the pseudonym Constant Reader in her work for The New Yorker. Her cutting book reviews for the newspaper were among her most widely-read works. A compilation of the reviews was published under the name Constant Reader in 1970. 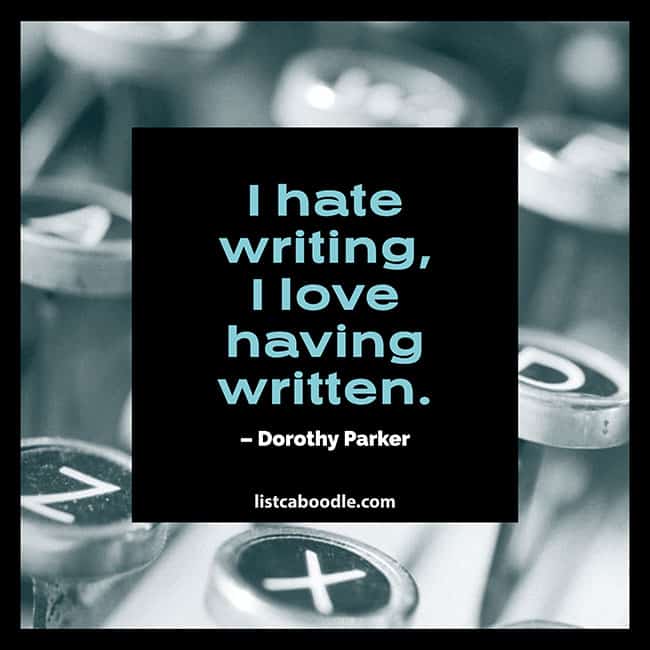 In 1917, she married Wall Street stockbroker Edwin Pond Parker II. They divorced in 1928. She later remarried screenwriter and actor Alan Campbell but kept her last name from her first marriage. 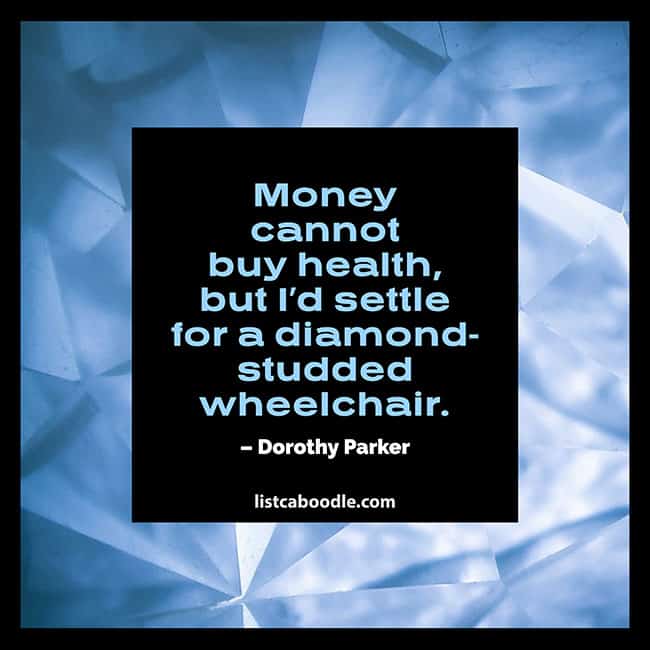 She won the O. Henry Award for the best short story of 1929 for her best-known short story, Big Blonde.

16.) “She runs the gamut of emotions from A to B.” – Best Dorothy Parker Quotes 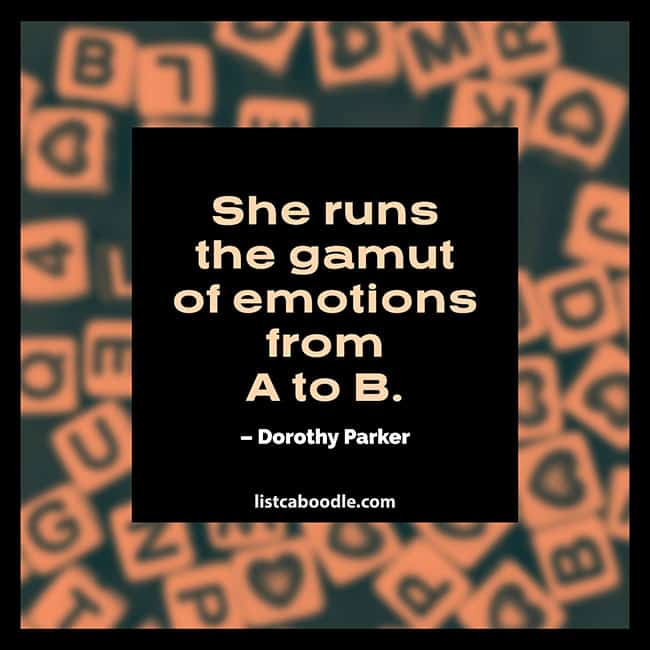 She divorced Campbell in 1947 after their stormy relationship, fueled by her drinking and his infidelity, broke apart. The couple could not stay apart, remarrying in 1950 and leading to an inevitable separation again in 1952.

17.) “Creativity is a wild mind and a disciplined eye.” 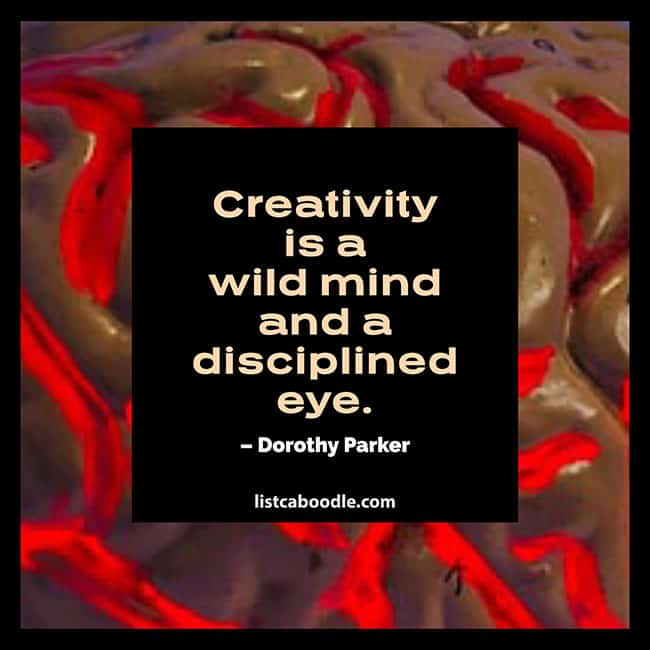 In the late 1950s, Parker moved back to New York and wrote book reviews for Esquire magazine. With age and alcohol, her writing became increasingly erratic. 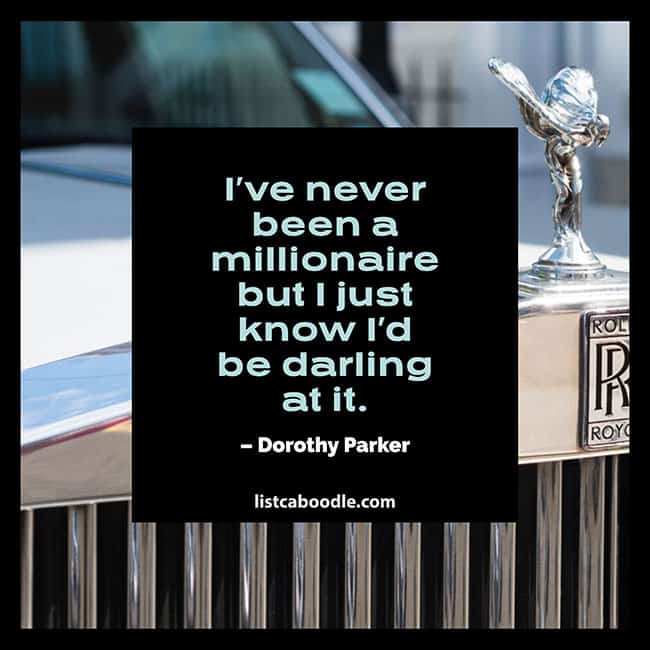 By 1961, she was back in Hollywood and reconciled with Campbell. After his death in 1963, Parker returned to New York City. 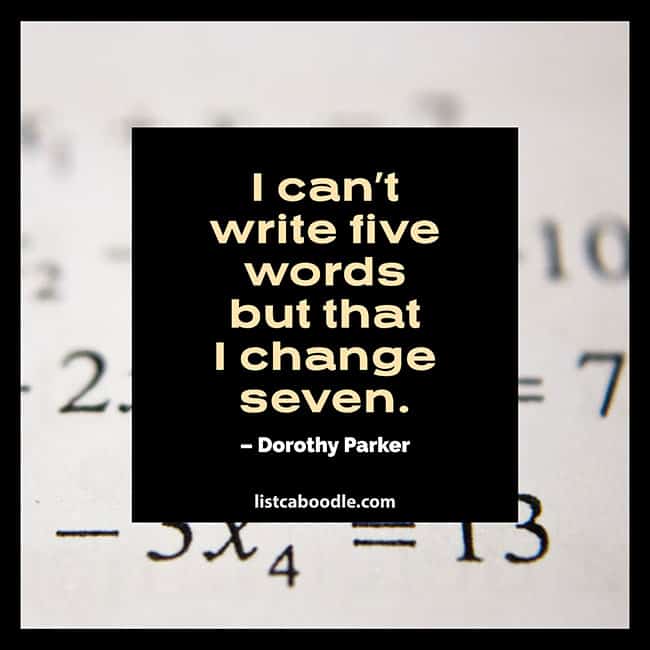 Died at age 73 on June 7, 1967, in New York City. She willed her estate to Martin Luther King Jr. (which eventually transferred to the NAACP after his death).

20.) “The two most beautiful words in the English language are ‘cheque enclosed.'” 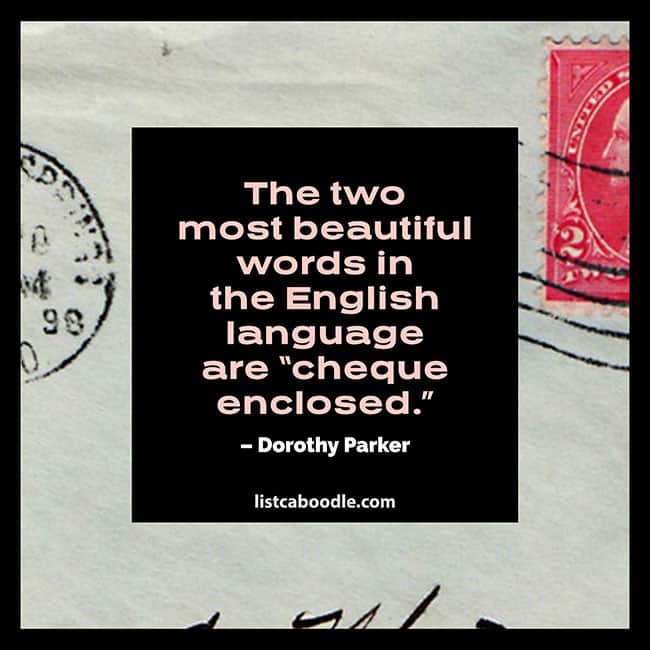 A commemorative plaque erected by the NAACP at her birthplace states: “Here lie the ashes of Dorothy Parker (1893–1967) humorist, writer, critic. Defender of human and civil rights. For her epitaph she suggested, ‘Excuse my dust’. This memorial garden is dedicated to her noble spirit which celebrated the oneness of humankind and to the bonds of everlasting friendship between black and Jewish people. Dedicated by the National Association for the Advancement of Colored People. October 28, 1988.” 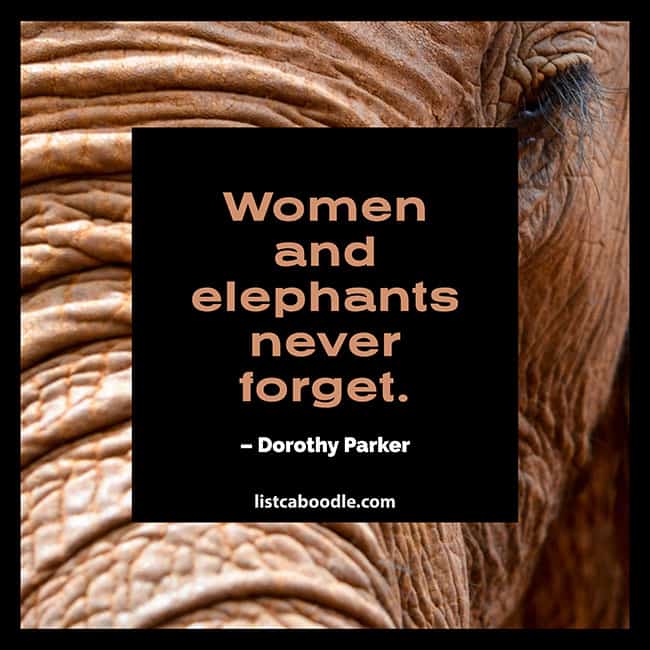 The Nation magazine once called Parker’s writing “caked with a salty humor, rough with splinters of disillusion, and tarred with a bright black authenticity.”

Looking for more from other famous humorists and writers? Be sure to check out the following lists:

Great Quotes By Will Rogers