Teaspoons to Tablespoons and 11 Other Things You Should Know

How many teaspoons to tablespoons?

When it comes to preparing recipes, most people find it confusing when having to scale up or down between teaspoons to tablespoons, cups, quarts, ounces and other units of measurements. A wide range of units are used, often in the same system – making things a little difficult for newbies. Then there are so many tips and tricks in recipe-making that can save you time and simplify your job.

Things You Should Know in the Kitchen

Here are 11 tips that can help you get to the next level in your recipe-making conquests. Besides the units of measurements, you will also find a number of tips and methods to simplify and speed up cooking.

A teaspoon, even though it is a cutlery item, it is used for measuring ingredients when preparing recipes. Abbreviated as ‘tsp’, it is equivalent to around 5ml. A tablespoon (tbsp) is equal to 3 teaspoons and became the unofficial unit of measurement within the Apothecaries’ system in the 18th century. When you scale a recipe up or down from teaspoon to tablespoon, it is not as simple as using cups. But knowing that 3 teaspoons equal 1 tablespoon can make it easier to scale between the two, whether you are measuring baking powder, spices or salt.

2. Pints to a quart and quarts to a gallon

The pint (pt) is used as a unit of measuring volume in both the United States customary and imperial measurement systems. It is equal to 1/8 of a gallon. The imperial pint is approximately 20% larger than the American pint. A pint is equal 2 cups or 1/2 quart. Whenever you have to measure several cups of liquid, it is better to use quarts than pint. A quart (qt) is therefore equivalent to 2 pints. Higher volume of liquid can be measured in gallons (gal). A gallon has 4 quarts or 8 pints and is the largest measurement unit for liquid.

Ounce (oz) is a unit of mass and is used in both the imperial and US customary measurement systems. 8 ounces usually combine together to make a cup. It is most commonly used in the grocery retail setting in the United States. It is commonly used for measuring recipe ingredients in cookbooks.

4. One stick of butter equals half a cup

Butter is typically available in 1 or 1/2 pound packages, further broken into ‘sticks’. A stick of butter weighs 1/4 pound or 4 ounces. It is equal to 1/2 cup. When you prepare chocolate chip cookies, a stick of unsalted butter is usually used as the standard for making 30 cookies.

5. Cup of sugar to honey ratio

Shredding semi-soft cheese can be both a difficult and messy job. Not only can you lose some cheese because it keeps breaking, it will also leave a lot of mess afterward. You can make it easier to shred the cheese and clean things up later with the help of non-stick spray.

Coating the cheese with non-stick spray will also reduce the pain in your elbow. This method will help you have more shredded cheese and lesser of it sticking on the outside. And all the residue can be easily removed with water. It is recommended to soak the shredder in warm water before cleaning it.

7. Use an apple cutter on potatoes for great wedges

Place the potatoes on a wooden board, take the apple slicer and press down and it’s done. There are a number of benefits of using this trick. It will not only save you valuable time, it can also make it easier to wash up.

8. Pit cherries with a paper clip

If you will be making cherry pies often and have to pit lots of cherries, you will have to invest in a cherry pitter. It will save you time and make things much simpler. If you wouldn’t be pitting so many cherries, why spend so much? You can use metal paper clips to pit cherries with utmost ease, without having to spend a lot of money. All you will need to do is to unfold the clip and insert one end into the cherry. Dig at the pit so that it pops out and it’s done.

When it comes to cutting avocadoes, there are different ways to achieve different results. If you haven’t mastered the art of cutting an avocado, follow these steps:

Most people will be surprised to know that they have had been peeling the banana the wrong way forever. If you want to learn the best and the easiest way to peel a banana, you should check how the monkeys do it. They peel a banana upside down. The following steps will help you do the same:

Using this method will give you an un-mashed and un-bruised banana every time. 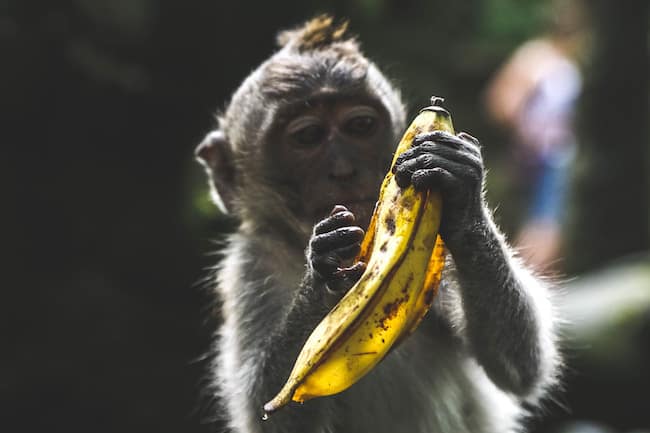 Removing husk from corn shouldn’t be a complex task. There is a simple trick that is both easy and fast. Use the following steps:

Remove the corn and it will be easier to remove the husk.

So follow these 11 tips and methods to get better results out of your recipe-making experience. These tips will not only make things easier, they can also make you a better cook.

40 Things to Give up for Lent