Get to know the biggest cat species and why it's such a popular choice for mascots, flags, and cartoon characters

Our tiger fun facts will give you some perspective on the national animal of India, South Korea, Malaysia, and Bangladesh.

Tigers are all the rage these days with the popularity of Netflix’s Tiger King. The biggest of the cat species, tigers are beautiful animals. Their signature stripes and colors make them very distinctive among all species.

Let’s take a deeper dive into some tiger fun facts. 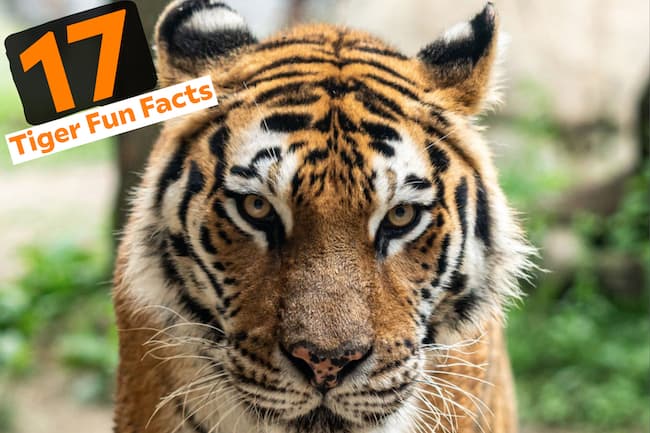 1.) Famous fictional tigers include Tigger of Winnie the Pooh fame, Tony the Tiger who likes his Frosted Flakes, Jungle Book’s Shere Khan, and my favorite, Hobbes of the comic strip Calvin and Hobbes.

2.) The wild tiger is one of the most endangered species in the world. If you watched the Netflix series, Tiger King, you learned that there are over twice as many tigers held in captivity in the U.S. than there are in their natural surrounding. That’s astounding!

3.) Machali is regarded by many to be the world’s most famous, real-life tiger. Machali, or Machli, lived in Ranthambore National Park in India. She lived from 1996 until 2016 and helped in the regeneration of the park’s tiger population. India is said to have earned about $10 million (U.S.) from tourists who came to see her. The Indian government recognized her importance with a postal stamp.

4.) Tigers have some hops. Tigers can jump a ten feet fence from a standing start. With a running start, tigers can easily clear a city street – which is usually about 24 feet. Some tigers jump as far as 30 feet! 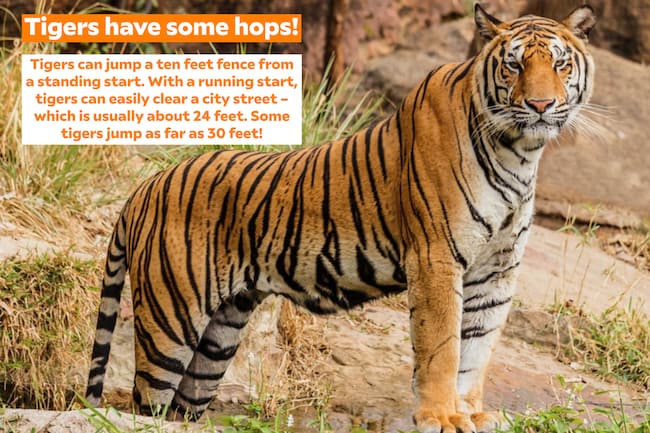 5.) Tigers can run for short distances up to 35 – 40 miles per hour. That’s really fast – about twice as fast as most humans.

6.) Tigers are the biggest cat species on the planet. A tiger can weigh up to 660 pounds or more, but most are in the 240 to 500 pounds range. Males weigh more than females. Their length can be up to 12 feet long. Think long, lean, and mean.

7.) Stay away from tigers. Most tiger’s paws are bigger than a human face. A single paw swipe from a grown tiger could instantly fracture a human’s skull and face. A tiger’s claws are big and sharp enough to cut through 4 inches of flesh. Do you need more warning? Well, let’s put it this way if a tiger were to fight a lion, bet on the tiger. 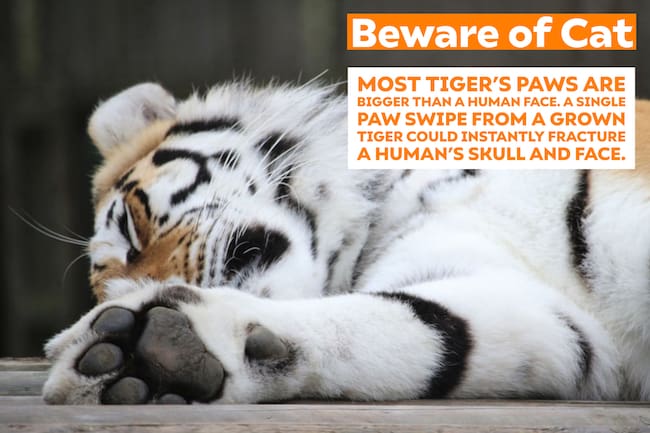 Fun Facts and Trivia on Tigers

8.) A tiger’s legs are so strong that they can remain standing even when dead! How crazy is that?

9.) Tigers are big eaters. It is estimated that some tigers can eat up to 88 pounds of meat in one sitting. That’s 352 quarter-pounders. You can see why it’s expensive to keep and feed tigers.

10.) Tigers have white spots on the back of their ears. It’s not known if these are to help their cubs find their mom as they travel through tall grass or if they scare off possible attackers from the back. 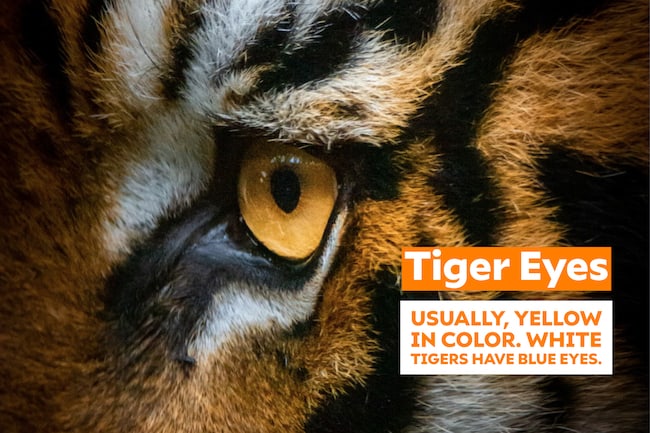 12.) A tiger’s urine smells like buttered popcorn. Tigers use their urine to mark their territories.

14.) Tigers are the only animals that are completely striped. Their fur is striped and their skin is striped. 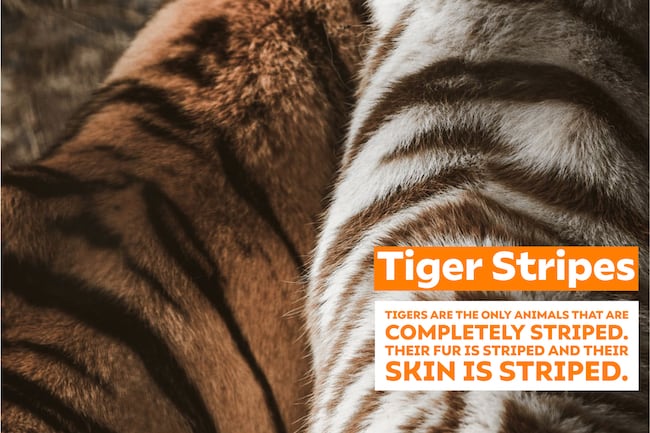 15.) Tigers like to ambush their prey from behind. Some residents of India, wear masks with eyes showing on the back of their heads to send a message to a tiger who may be sneaking up on the group.

16.) Most tigers do not view humans as prey. But, some tigers develop a taste for human flesh. One such tiger in India is alleged to have killed over 400 humans.

17.) Tigers can live up to 25 years in captivity and in the wild. They are solitary animals and typically do not hunt in groups. A streak or an ambush is the name given to a group of tigers. 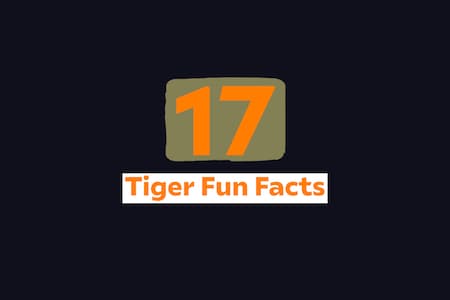 How to Host a Tiger King Virtual Party

How to Host A Tiger King Virtual Happy Hour