Conquer the world after going to school on these quotes from the man who tutored Alexander the Great.

Why should you be interested in these Aristotle quotes?

Aristotle is widely considered to be one of the most influential philosophers of all time. A prolific writer and researcher, it is believed that he wrote as many as two hundred treatises. Thirty-one survive today.

This Greek philosopher lived from 384 BC to 322 BC. Aristotle entered Plato’s Academy when he was 17 years of age and learned from Plato. In 338, Aristotle began tutoring Alexander the Great. He opened his own school, called the Lyceum, where he spent most of his life teaching, writing, and studying.

Aristotle wrote a compilation of the various philosophies that existed at the time, along with sharing his own ideas. His approach to problems and inquiry still forms the basis for much of our Western thought. But, his influence was worldwide. 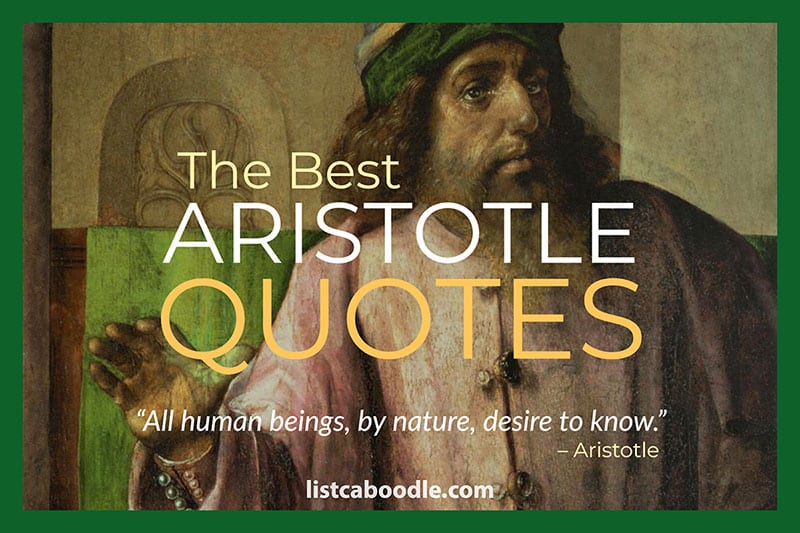 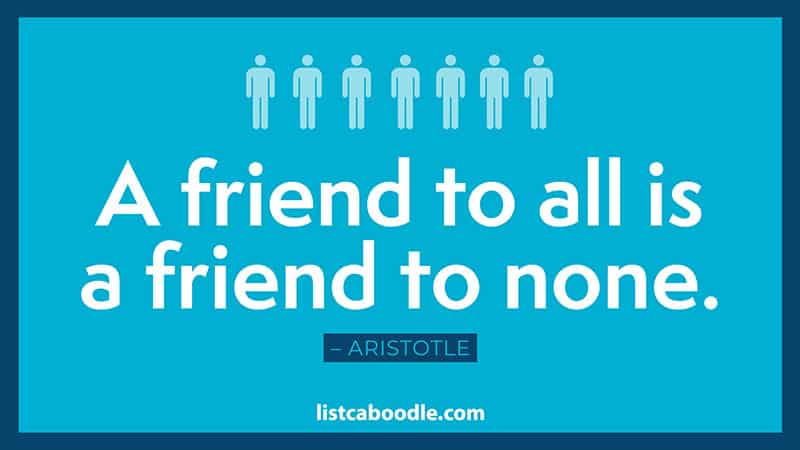 2.) The quest for knowledge is innate

“All human beings, by nature, desire to know.”

“Hope is a waking dream.” 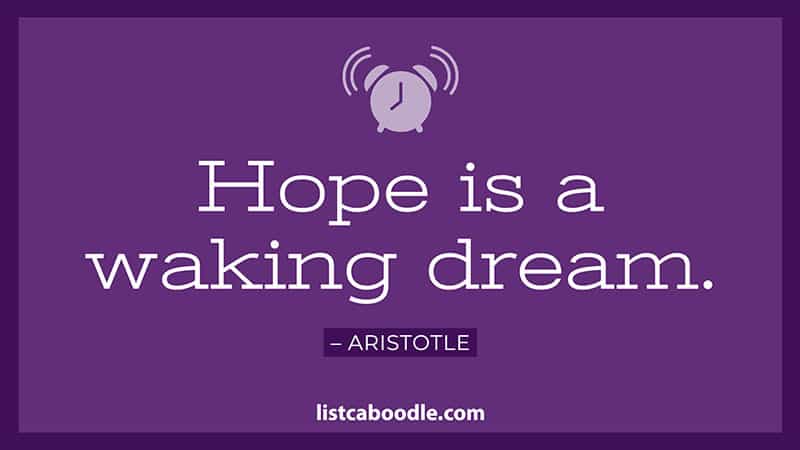 “Happiness depends upon ourselves.”

“Character may almost be called the most effective means of communication.” 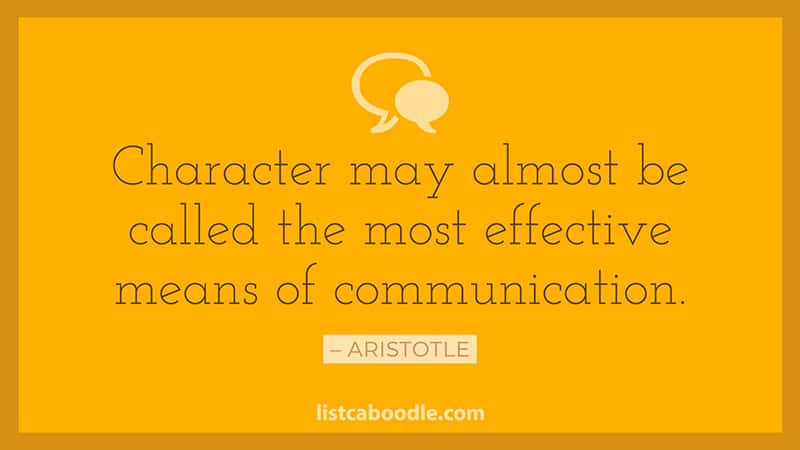 6.) The importance of good habits

7.) The difference between doers and teachers

“Those that know, do. Those that understand, teach.” 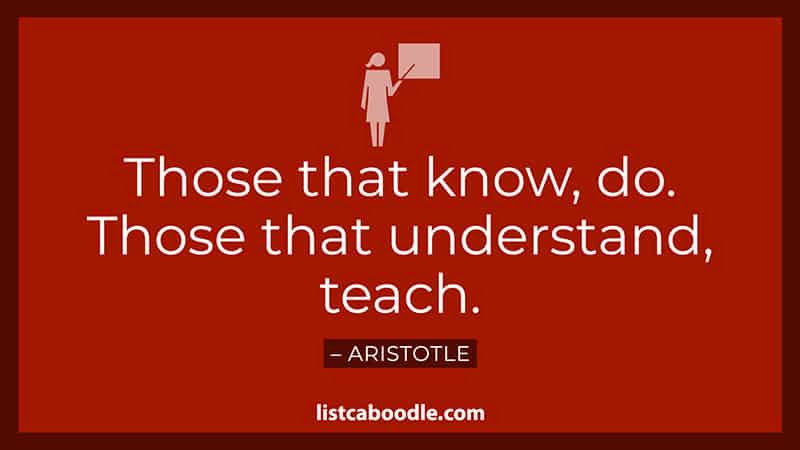 “Good habits formed at youth make all the difference.”

“The law is reason, free from passion.” 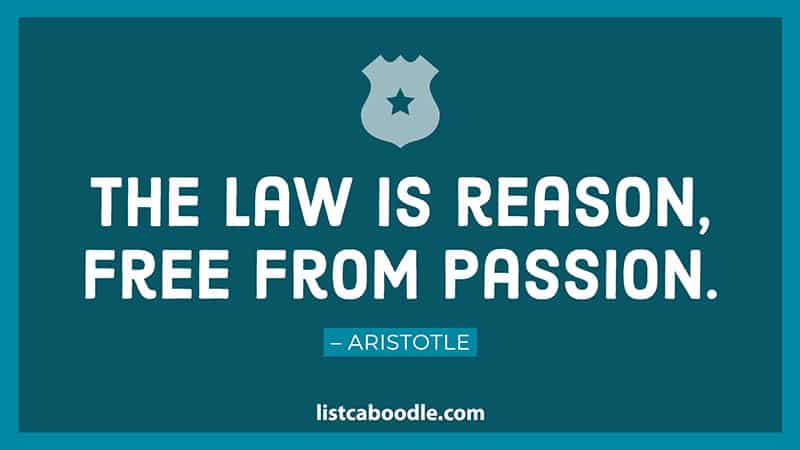 “We are what we repeatedly do. Excellence, then, is not an act, but a habit.”

11.) An active mind makes the world go round

“The energy of the mind is the essence of life.” 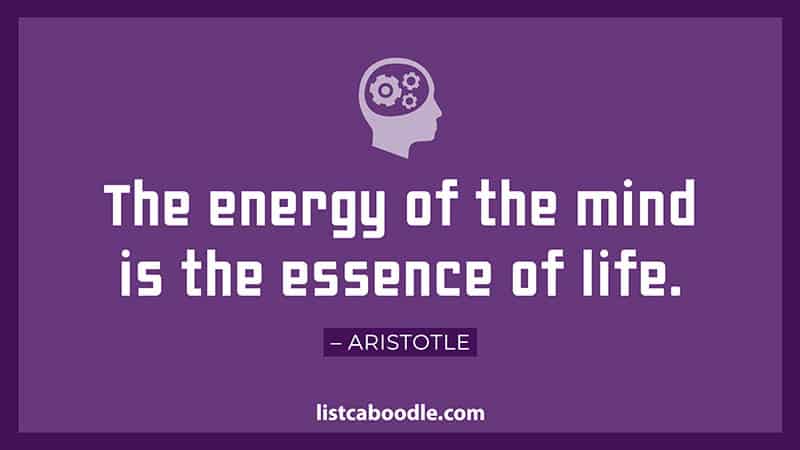 “Happiness depends upon ourselves.”

“In all things of nature, there is something of the marvelous.” 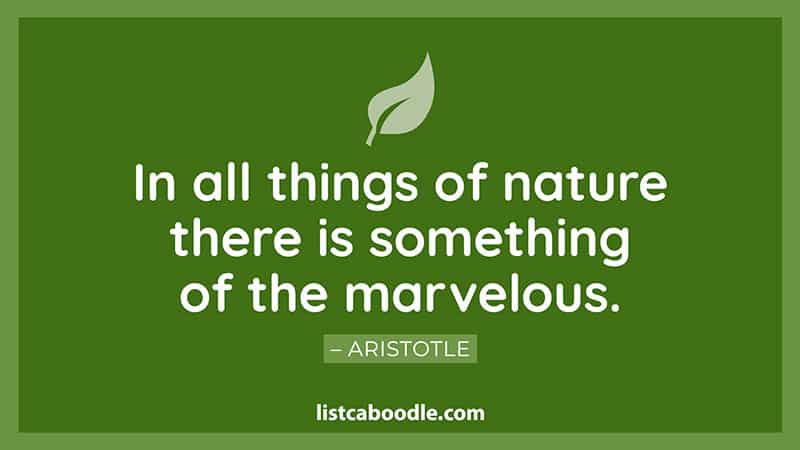 “Each man judges well the things he knows.”

15.) Learning can be difficult, but it’s worth it

“The roots of education are bitter, but the fruit is sweet.” 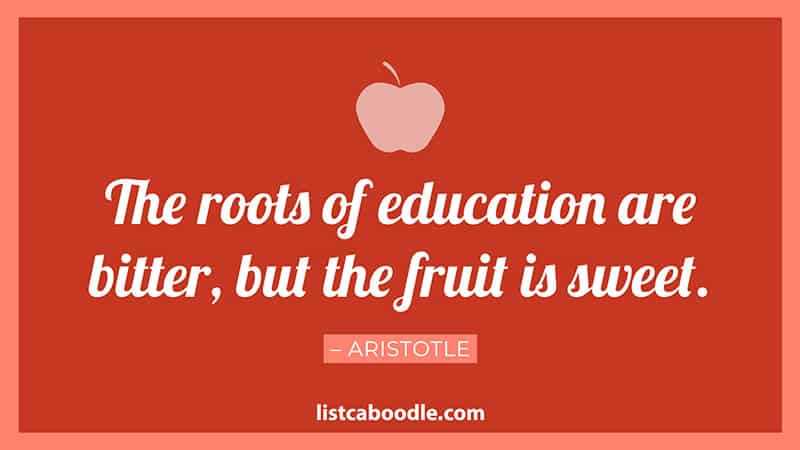 16.) The only constant is change

“Change in all things is sweet.”

17.) Together we are stronger

“The whole is more than the sum of its parts.” 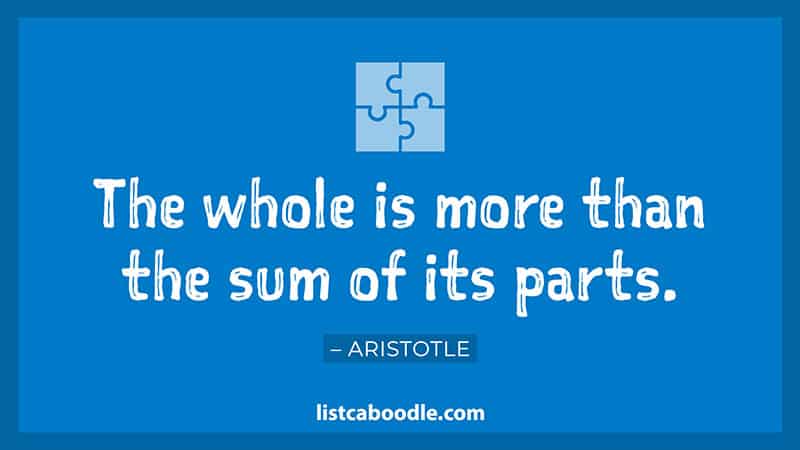 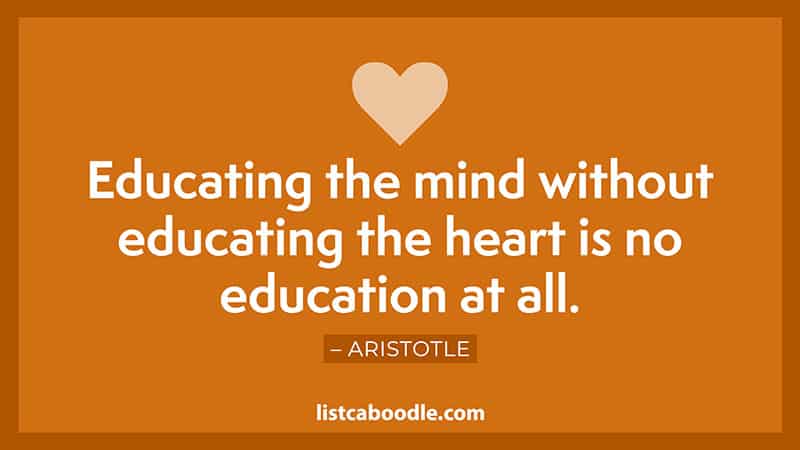 20.) The importance of patience

“Patience is bitter, but its fruit is sweet.”

“It is the mark of an educated mind to be able to entertain a thought without accepting it.”

The name Aristotle means “the best purpose,” and in some ways, this reflects his contributions made to society and future generations. The largest university in Greece, Aristotle University of Thessaloniki, is named after him.

Aristotle’s writings and thinking covered a wide range of topics including ethics, politics, and psychology. He invented the field of formal logic and was also influential in identifying scientific disciplines.