17 fascinating selections to help you better understand our universe (and other worlds).

Interesting maps play roles in a wide variety of areas in our lives. A geographical one might be the first that comes to your mind. However, there is a world of different types out there, including many that you may never have heard about. Whether you are a gamer, explorer, student, or a religious person, you can find a wide range of varieties of interest.

17 Interesting Maps You Should Know

Here are 17 interesting selections that you should learn about. They help us understand spatial relationships, scale, and history.

Google’s offering is the quintessential map everyone should use. It can be used for many more functions than just planning your route. It is based on satellite imagery and can also provide real-time traffic information and street views. Some of the interesting facts about Google Maps are as follows:

How Google Makes It Work Video

The Game of Thrones TV series has certainly claimed uncharted fame across the globe. The fantasy drama is set in set in a world without any official name, but the continents of Essos, Westeros, and Sothoryos. According to George R. R. Martin, his world is round and has some similarities with Jack Vance’s Big Planet. The Game of Throne versions are highly detailed and allows you to track where the characters. Some of the interesting facts are as follows:

A Deep Dive on the Game of Thrones Map Video

More than 154 million copies of Minecraft have been sold so far, making it the second most best-selling video game ever. The sandbox game stands out for the high level of creativity it inspires in its players. Minecraft players can create worlds in the game, which are referred to as maps. You can create a map when you play a new game and personalize content to your liking. You can make all types of changes to a map and even share it with others. The different types include:

Initially, there were claims that these could be infinite in their span. Even though there are no hard limits, they can become buggier after certain points.

Google Earth Maps can render 3D images of Earth using satellite imagery. It superimposes satellite images, GIS data, and aerial photography to allow you to see landscapes from different angles. These allow you to explore the globe using the mouse, coordinates, or addresses. It can give you the perspective of flying through cities and get views from different points. Some of the interesting things you can do with the technology include the following:

You can also view these in 3D, visit the rain forests of Brazil, and also keep track of cruise ships.

There are hundreds of satellites that keep capturing images of the planet Earth. They are used to create different types, many of which can be easily accessed by people using a web browser or app. There are several services that allow you to look at these. Google Maps and Google Earth are two excellent examples. While Google’s can be accessed via a browser, you will have to download Google Earth to your computer system to view the 3D version of the globe. Satellite options are available not just for the earth, but for other planets and the moon as well. 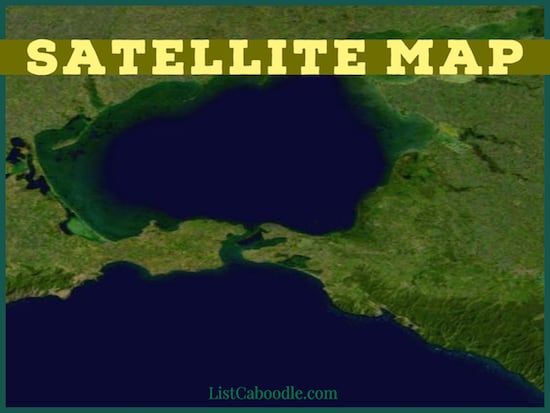 Everyone has seen these in their geography classes. They can be of political or physical types. Many feature countries with that emphasize the territorial boundaries of nations. This type shows governmental boundaries of nations, states, counties, districts, and cities. They use different colors to help you differentiate between different countries. These show larger bodies of water as landmarks. For example, rivers and coastlines are often part of the political border.

Political cartograms are perhaps the first types that you will come across during early education. They help you in understanding the concept of countries and states. Atlas, globe, or wall versions are excellent examples that help children understand territorial borders using bold and bright colors and outlines.

Zillow is a popular real estate marketplace and Zillow makes it easy for sellers and buyers to find each other. These tools enable listing agents or owners to edit their building’s location. The map uses multiple information sources for cross-reference. The accuracy of these is based on the accuracy of the information you provide about your home and neighborhood.

Three different methods are used to locate houses and all these techniques make use of geocodes. These methods include:

How to Search for Houses on Zillow Video

The Legend of Zelda video game series is one of the most popular game franchises and features maps that you can explore. Most are Overworld and Dungeon versions, but you can also find additional ones. Initially, they were meant for navigation purposes, but they became more and more elaborate as the series progressed. You can find versions in all the games in the series, except for a few.

Some provide a layout of the world or a Dungeon. They can also sometimes show the current location of the protagonist, Link. They are usually blank until you explore the area.

Brain maps, based on brain mapping, allows researchers and doctors to understand the structure and functions of different brain parts. It uses a series of neuroscience techniques that involves mapping of biological features and spatial representations to create the tool. It involves neuroimaging, data processing, and the study of brain region behavior.

Connectogram is a type of brain map that shows cortical regions, with concentric circles representing different neurological measurements. Some of the interesting facts include:

If you are a gaming enthusiast, you should know about Zombie Chronicles. The Zombie Chronicles is the 5th DLC map pack for the award-winning video game, Call of Duty: Black Ops III. There are 8 unique zombies funny maps from previous editions of the game franchise. All of these have been redesigned for the Black Ops III series. The game has different ‘mechanics’ from the previous versions, thus most of the weapons have also undergone changes.

Zombies Chronicles allow you to go through different versions that you missed when playing the Treyarch Call of Duty series. These stand out for their exceptional graphics that include:

Face maps are based on the ‘face mapping’ theory that attempts to connect the location of acne on your face with the underlying cause. This underlying cause is considered to be a medical condition, weakness, or presence of toxins in an organ. The key features include:

Students in primary and secondary classes will likely know what Thinking Maps are. These work as a visual language for information and make it easier for students to take notes. There are 8 different types including:

These work as a common language that can be used by students and teachers. They make it easier to memorize the notes.

How to use a Double Bubble Map Video

TV Food Maps is a mobile application that helps you find the ideal restaurant. If you come to see a perfect restaurant on TV with mouthwatering food, you can find it using this app. It covers all the popular TV food shows including Diners, Man vs Food, and Drive-Ins & Dives among others. It helps you choose from over 5000 restaurants and 48 TV shows.

Some of the interesting features include:

If you have a deep interest in theology, you might know about the geography of the biblical areas. Understanding the geography helps give you a deeper understanding of the bible’s messages. You will find interesting events on these charts, including the Life of Jesus, the Apostles, and the Journeys of Paul. It can be almost impossible to learn about ancient places without the terrain map. You might find it interesting that selections in the bible have the Dead Sea area in Israel as the deepest land trench on the planet.

As the name suggests, weather maps provide you detailed weather information for a region. These were first created in the middle of the 19th century. They show a wide range of meteorological information over an area at a given point in time using different symbols. They are also useful in weather forecasting. Some can show multiple data types to help you gain complete information on the weather conditions.

There are different types including:

How to Read a Weather Radar Map Video

Almost everyone has heard about a treasure map. They typically mark the location of a wide range of treasures including:

These are more commonly found in fiction and are mostly represented by hand-drawn features representing the terrain. However, they are not specifically restricted to pirate maps. Any map that can represent a treasure location can be called one. Thus, there are different references to these versions and they can be related to pirates, copper scroll, El Dorado, literature, and film.

How to Make a Pirate Treasure Map Video

WiFi Map is a crowdsourced application that helps you find Wi-Fi hotspots around you. It is based on a collaborative community, the largest of its kind in the world. The app can help you not just find hotspots, it can also provide you passwords to protected networks. All community members help each other by commenting on network passwords. You can also add networks to the community.

The map will show you all private and public WiFi networks near you, no matter where you are located. It covers over 100 million WiFi networks all over the world. It also supports navigation, making it easy for you to locate networks. Besides, it is also supported by social media sharing options.

WiFi – How to Get Free Internet Everywhere Video

So these are 17 versions for you to examine, explore and understand.

Mike is an author, writer, and co-founder of Listcaboodle.