An India vacation? India has always been one of the hottest vacation destinations for travelers from all across the world. Known as the land of diversity, forests, festivals and a million gods, this holiday destination is popular throughout the year. Whether it’s the scenic beauty, wildlife, culture, art, or the people, India offers so much variety and richness, it is hard to fathom it fully.

Why an India Vacation?

A holiday visiting India can mean so many different things to different people. Here are just 13 reasons to make India your next vacation destination.

1. India has One of the World’s Most Beautiful Monuments

India has one of the most beautiful and best-known monuments in the world. And unlike many other famous monuments that remind viewers of wars and victories, the Taj Mahal is built in memory of love. It is not just the magnificent architecture, but also the lovely story behind the stones. It draws millions of tourists every year, and it is often referred to as the symbol of love.

Taj Mahal stands spectacularly in all its glory on the shore of the Yamuna River. Made of pure white marble and adorned with gemstones, it is among the most visited tourist destinations worldwide. No matter how many times you have seen it in pictures and heard about it, witnessing its magnificence in person cannot be expressed in words. 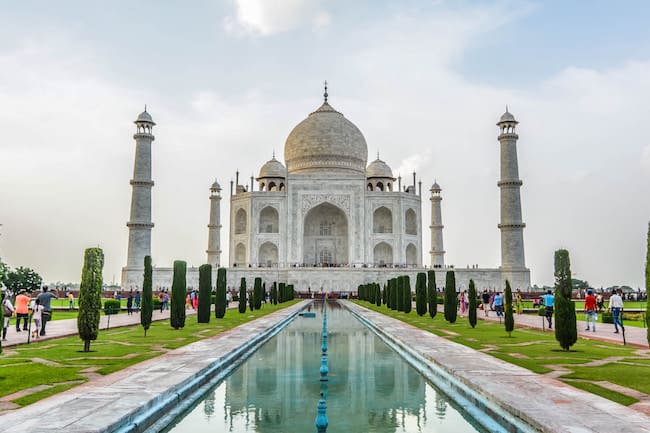 2. The Diversity of Indian Food

The Indian cuisine is as diverse as its culture. There are dozens of states, hundreds of languages, and dozens of beliefs in this country. Almost no other country has so much diversity in the cuisine they offer. You can find a new and even more delicious dish in every new city you visit in this vast country. Some of the most famous dishes from its treasure of cuisine include Idli Sambar, Tikka Masala, and Makki di Roti and Saag.

Hot and spicy dishes are India’s specialty. The state of Rajasthan and the city of Hyderabad are claimed to offer some of the spiciest dishes in the country. India introduced the world to spices and you cannot imagine an Indian dish without them.

3. The Courteousness & Hospitality of the Indian People

There is a specific Indian adage that claims that “the guest is a form of God.” Most Indians can go to great lengths to please their guests. Home stays offer the best way to experience this trait that is unique to Indians. Besides their excellence in offering hospitality, Indians are generally known for their humane values worldwide. Human relations are more important to these people than materialistic gains.

Westerners like Rudyard Kipling and Jim Corbett played a crucial role in taking the stories of India’s wildlife diversity to the world. But the country has had been known as the land of mysterious creatures even before that. The country has dozens of wildlife sanctuaries and parks in different regions and you can see almost all the major species of animals and birds here. It is the only country in the world where you can see both the tiger and the lion in their natural habitat.

The other must-see species include elephants, rhinoceros, the Gharial, leopards, hyenas, wild dogs, different kinds of monkeys, and an endless variety of birds. If you want to witness the Indian wildlife closely, the Ranthambore National Park, Bandhavgardh National Park, Kanha National Park, and the Jim Corbett National Park are just few of the national reserves to visit.

A visit to India also gives you the opportunity to hike the highest mountain range in the world. Even when the highest peak, the Mount Everest, lies in Nepal, most of the Himalayas lies in India and offers beautiful hiking trails. The Himalayas are famous not just for their height and the distance they cover, the mountains also hold religious importance. Some of the most beautiful hill stations are also located on this mountain range including Shimla, Mussoorie, Rishikesh, and Darjeeling.

6. Get Lost in the Kerala Backwaters

Kerala, also known as “God’s Own Country”, is one of the hottest tourist destinations in the country. This Indian state is located at the southern edge of the country and offers lush greenery, wetlands, beautiful hill stations and some of the most gorgeous beaches. The state ranks as one of Lonely Planet’s 10 must-see tourist places. Tourists will find houseboats offering the best way to explore the winding canals and rivers of the state that connect its lakes. The Kerala Backwaters are not to be missed.

7. Enjoy the Best Cup of Tea

India is the ultimate destination to enjoy the best teas in the world. You can explore different brews in one of the tea plantations in Darjeeling. The plantations themselves offer picturesque scenery, great weather and a great way to spend your days hiking.

Darjeeling, a hill station in eastern India, is beautifully perched on the Himalayas and draws a significant number of tourists every year. Whether it’s the cool weather, the tea plantations, its magnificent natural beauty, the ropeway ride or its toy train which is a reminder of the British rule in India, it has lots more to offer than its world-famous tea. 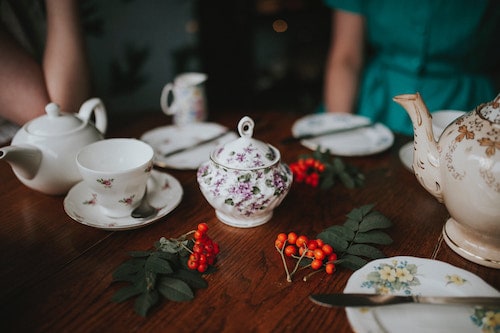 8. Get Closer to Your Spiritual Self

Many tourists visit India with the pursuit of yoga and meditation in mind. Rishikesh, Varanasi and Haridwar are some of the best places you can visit for spiritual discovery. Many of the Silicon Valley’s tech titans visit the country in search of spirituality and renewed energy. There are several places in the country that give you the peace and bliss you have always longed for.

9. India is a Land of Festivals 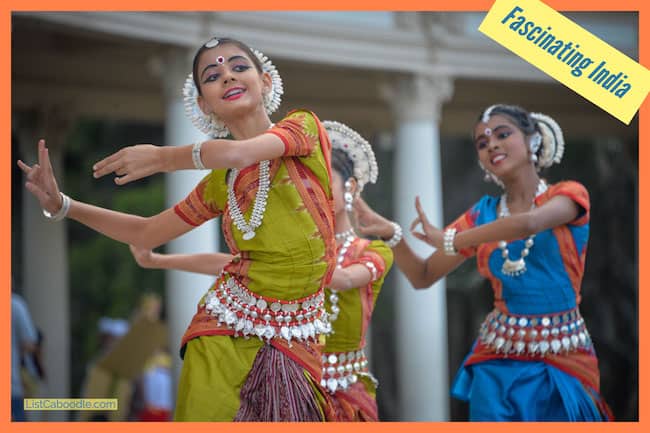 India has thousands of miles of coastline with two seas. Goa, Kerala, Karnataka, Odisha, and Andaman and Nicobar Islands offer the most pristine and beautiful beaches in the country. The beaches offer untouched spots where you can get away from the crowd. There are many places where you the beaches are just walking distance from soaring mountains.

11. Visit the Holy City of Varanasi

Varanasi is much more than a Hindu pilgrimage center. As already mentioned, it is the ultimate destination for spiritual tourism in India. It has been inhabited since 8th century BC, making it one of the oldest cities in the world. The city is also an educational and cultural hub, boasting major university and museum of the country.

The Ellora Caves are located in the state of Maharashtra and were built in the 5th century. Located a couple hundred miles from the country’s commercial capital of Mumbai, the caves stand as testimony to Buddhist, Hindu and Jain architecture. It features dozens of carved temples, chapels and monasteries that stand as testimony to the religious diversity and tolerance in the country. The Kailasa Temple was cut in rock that required moving over 441 million pounds of rock. 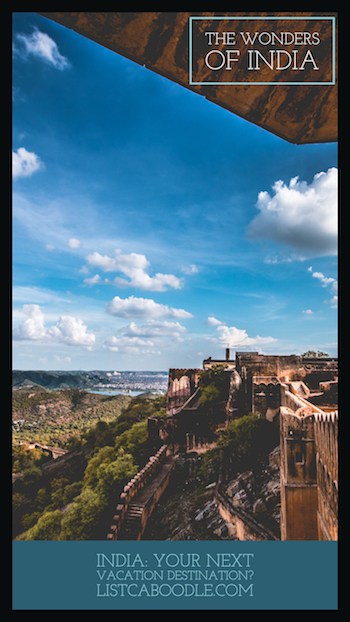 India is home of some of the oldest civilizations in the world. From its northern tip that touches the lofty Himalayas to its southern tip that touches the Indian ocean, several kingdoms and civilizations thrived here for thousands of years. The result has been in the creation of an endless trove of arts. Art works include sculptures, paintings, manuscripts, and monuments that span different eras.

Everywhere you go in this vast country, you are going to find museums, ancient ruins, temples and monuments that display its rich arts. The best places to visit to explore rich Indian art include the Dilwara Temple in Rajasthan, Qutub Minar in Delhi, Jama Masjid in Gujarat, Hoysaleswara Temple in Karnataka, Mahabalipuram in Tamil Nadu, Sun Temple in Odisha, and the Ajanta Caves in Maharashtra to name a few.

There are hundreds of more reasons to visit India. The country is so vast and diverse in its offerings that it is almost impossible to scale it in a lifetime. But these 13 reasons can help you cover most of its highlights. 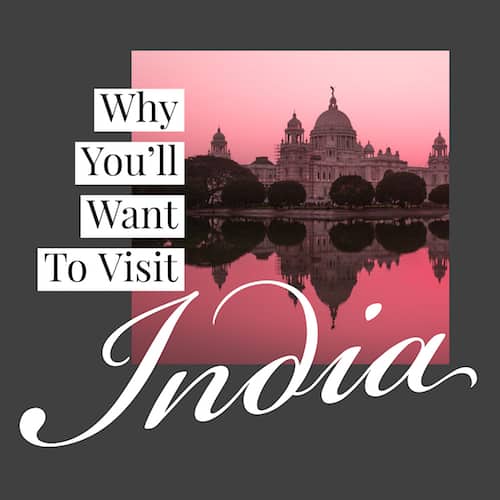 Quebec City: 13 Things You Should Do

Like Your Chili Hot? Your Guide to Picking the Perfect Pepper

Baseball Nicknames: The Best, Strangest And Most Colorful Of All Time

Best Things to do in Quebec City: Attractions, Food, Fun

15 Best Driving Songs: A Playlist For The Open Road